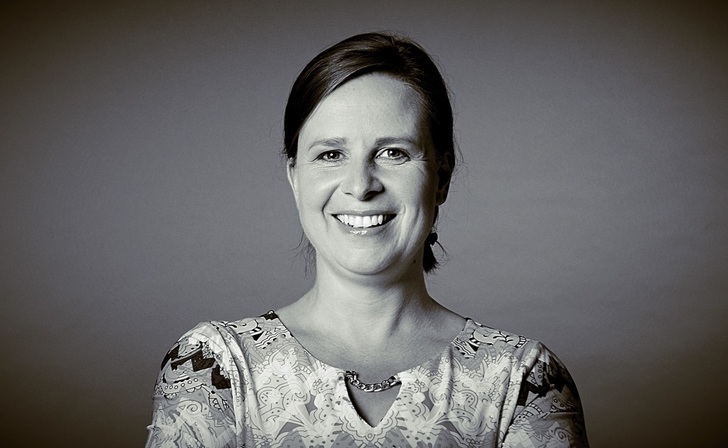 Hi, I am Simone

​I am a master in transforming energetic stops and blocks into fertile soil for personal growth – into love, peace, freedom, and abundance.

I work with those who feel an urgent call to their very own spiritual path of expansion and fulfillment: magicians and healers, empaths and psychics, intuitives and modern mystics. If you feel somehow strange in this world, if you find it difficult to fully embrace your physical existence, you might be one of them.

I can free you from your karmic burdens, connect you with your spiritual home, your Source and your guides,
​and help you tap into your true power as the multidimensional creative being you are here to be.

More about my work
Working with me is like a deep journey into the amazement of your multifaceted nature and the surprising superpowers that are hidden there.
​It can be liberating on many levels: mentally, emotionally, physically and spiritually.
It can be a direct opening to your soul – if you allow it to be.

My soul Opening came through
​a silent EarthQuake

At the age of 39, sitting on my bed in a friend's house in Belgium, I suddenly experienced a strange feeling of turmoil inside of me. As if a lot of inner stuff turned upside down, followed by a strong feeling of something big and heavy rushing into Mother Earth. I was surprised and fascinated, but only until I realized what had actually happened this day.
​
Where there had been a certainty of "I am a coach,  a psychologist, a CR Master" before, there was nothing now. No concepts about myself,  no answers, nothing. I realized: In less than 5 minutes, sitting on a bed in Belgium, I had lost my whole professional identity.
​Not funny.
And the best thing that has ever happened to me.

Had been a constant struggle for more than 30 years, where I fought my way out of trauma, stress, anxieties and fears of any kind.

​I had found some important keys along the way so that I was able to slowly find back to my true ME. Successfully enough that in 2014 I made the decision to fulfill my biggest dream so far: working and traveling, living abroad. When my inner earthquake happened in September 2015, I had been traveling around for nearly 7 months, visiting India, the United States and Belgium.

Has been the REAL adventure in this journey and opened me up to the psychic healer I am today.

It was in a friend's kitchen where I finally discovered my true gifts, some weeks after my inner earth quake. Suddenly I realized that I could mirror and people's energies – and they transformed when I did that.

At this day, a friend of mine had heavy back pain and literally wasn't able to stand straight. Following an strange impulse from the inside I moved my hands over her body when something changed.  I suddenly realized that I could tune in into her energies, could feel pain and stress and also release. When I focused on different parts of her body, it changed. Something was moving inside of her and she could feel it, too. After 10 minutes, she was able to rest – and free of back pain, at least for the first half an hour in months.

This felt like a step into a whole new Universe and I was blown away by the beauty of the experience. I felt an unknown flash of happiness flooding my whole being, as if every cell in my body made a happy dance, singing "This is what we want to do". I KNEW that I had found my true path in this kitchen, better said a tiny part of it. I felt incedribly happy in my whole body.

I had no idea what this was all about, and my academically trained brain had some new issues to chew on, but despite all my doubts I was deeply sure: This is what I wanted to do. No doubts about that.
​
I learned, trained, widened, deepened my gifts, pushed my spirit open. Often at the age of overwhelm, I felt like an adventurer on high speed, traveling through unknown countries, as if I would learn lots of foreign languages at once. As I know now: I actually did.

I worked with lots of different people and every session was different. Still is. But when I recognized the patterns behind I started realizing what was going on in our work: we released stuckified energies of fear and pain, from this life and former ones,  so the true person that had been existing below the surface all the time could come into presence. It is a wonderful moment when humans step into their True Self.

I also realized the big changes these people made after our sessions. They became calmer on the one side and more courageous on the other. They connected deeper to their true self, followed more and more their heart based dreams and wishes,  cut their connection to their fears and doubts and self-hatred. They started discovering and living their magic side, grew into the beautiful creators they are here to be.

It was astonishing and more than once it deeply touched my heart. I felt and still feel deeply honored to contribute to something powerful and beautiful like this.

I wanted to get rid of all my doubts about my newly discovered powers so I continued to do what I had been intensively doing the last 1.5 years: freeing myself from every fear and doubt and hidden pain I could make a glimpse of.  The more I freed myself, the more my powers grew.
I made new discoveries every day. I was fascinated by all these new worlds opening up to me

It was around half a year after my inner earthquake when I discovered Sacred Singing, this time on Mount Shasta in Northern California during a spiritual retreat. Suddenly I opened my mouth and started singing Soul Languages, as I know now. The most amazing thing of all, raising people's energies to a much higher level than I thought was possible.

I had lost my not true identity and I found something incredibly precious instead – my True Me.
For the last 2 years I have been walking a path I never dreamt possible, guided and trained by Spirit and the Universe, supported by people who believed in me and my gifts from the moment I discovered them. The biggest gift of all.

What I know now

I am a Healer of the Soul, connecting people to their source of Love, Freedom, Joy and Abundance. I am an Energy Alchemist and a Singer of Sacred Sounds, transforming pain into fertile soil for personal and spiritual growth. I am a Modern Life Magician, helping those who work with me to experience their huge powers of creation in every aspect of their life.

We are infinite beings making a physical experience. If we are willing to let go of what hold us back and pushes us down, we can tap into our full potential as the powerful creative magic Beings we are here to be.

Facts for the Curious

Born 1975 in Germany ● apprenticeship as banking professional ● degree in psychology (diploma) with additional studies in economic science and sociology ● worked as a psychologist, teacher, trainer, coach, consultant ● trained in specific methods for team development, self growth, stress and trauma release

decided 2014 to fullfill her long dreamt dream of living abroad, combining work and travel ● gave away 90 % of her stuff and canceled her flat in Northern Germany ● started life as a nomad in February 2015 ● lived and worked in different parts of India, the US, Belgium, Cyprus and Germany during the next  17 months ●

came back in July 2016 to Essen, the city in western Germany, where she was born and grew up
Contact Simone
Simone Wiedenhöft is a psychologist, academically educated at a German university, spiritually guided and trained by Spirits and Shamans.
​She is NOT a physician or a medical or mental health professional, nor is she a psychotherapist. Her work can complement any healing work, e.g. your work with your physician, other (mental) health care professionals or your psychotherapist.  It is never intended to replace it.
Simone does not give any diagnosis and she does not guarantee any results.
© Simone Wiedenhöft. Pictures by afa Photography. All rights reserved.
Legal Disclosure. Privacy Statement.
Powered by